These guys could give Chuck Norris a run for his money.. 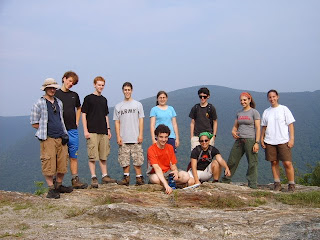 Berkshire Teen Trail Crew- July 20 - August 1, 2008
Mount Greylock
Well friends, August is upon us and we’ve rounded out two more weeks of tough work on the trails of old . We slogged through the first week in the rain, fully observing the need for water bars on the appropriately named "Roaring Brook" trail- debatable whether it was named for the nearby creek or the whitewater nature of the trail during a downpour. The rain subsided, "coincidentally"(I think not!) only after D is for Dena was preparing to depart for the weekend.

M.C.s Matt Double J Moore and Adam (of ATC notoriety) presented a weekend of Leave No Trace ethics and backpacking- with an especially engaging portrayal of “The Lost Art of the Cat Hole” by Adam. No hard feelings here or anything, but they also happened to devour all sauces that would be required later in the week for our well-planned and otherwise delicious meals.

The second week we were joined by the King of Coinage, Slinger of Slang, Duke of Dukes, none other than Chef Pizzadilla himself (sadly, without the spag. sauce). Ready to impress, renewed with vigor, and armed with the knowledge of the previous week, the Crew busted a move (not unlike Chuck Norris) and all told, slammed in a mighty impressive fifteen water bars! That's not to mention the Crew giving an additional sixteen old drainages their due like they were brushing dirt off their shoulders.

The Crew developed quite the close camaraderie after all this hard work, which one could easily glimpse at morning light. We'll let the picture speak for itself. 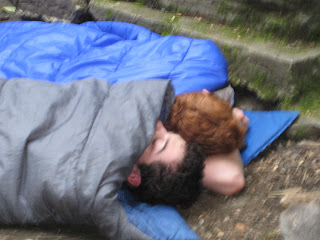 Here, although no one mentions the late-night games of poker and ongoing adoration of the Texas Ranger, are the accounts of the Crew members themselves. And no, we didn’t pay them to write this. 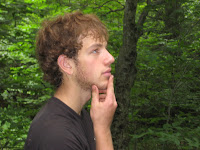 Jordan:
The work we did consisted of taking large rocks from the forest and putting them in a line on the trail. 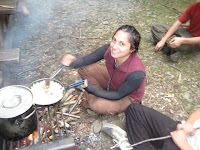 Marlena:
I had no idea what AMC Trail Work entailed until this summer. Some will say it’s a “metric butt load” of manual work, but it’s more than just that. The friends made and character gained make this whole experience worth the while (not to mention the sick- nasty AMC Leaders J ) I’m definitely going to remember this and I’ll be back for more for sure. 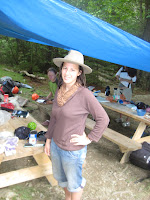 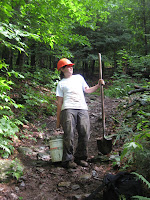 Allyson:
I was quite unsure of what AMC trail work was. The work was manual and hard, but it felt good to see what we managed to accomplish. The friends you keep you entertained and [there was] laughing no matter what. The AMC Leaders are awesome, hard workers, and they kick a**. It was a great experience and I will not forget it. 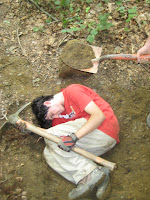 Jake:
The remarkable thing about the AMC Volunteer Trail Crew is that it is one of the few places that a group of total strangers can become like family within the short span of a week. Out here in the mountains is really where I want to be- under the rays of the sun-tinted green by the infinite greenery. Out here the air is fresh and the water is pure. And most of all I’ve more interesting and cool people out here in the woods than years in the suburbs or the city. The VTC is a great thing to put on a college or job application as community service. Hopefully it will help me get a job in the Department of Conservation and Recreation and (any) of the UMASS colleges for forestry and environmental science. The heavy duty work, especially with the grip hoist, is very challenging and rewarding; it’s amazing what groups of people can accomplish together. Namely, moving boulders and digging ditches. Anyways this is an amazing experience, for on a journey, it’s not where you are going or what you are doing, but the people you meet that makes it great. 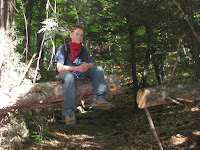 Ben: These past two weeks have been the best two weeks I have ever spent in the outdoors. Excellent food, understanding and friendly crew leaders. And the best: meeting teenagers like me who are interested in forest work and trail maintenance. Learning about LNT (Leave No Trace) was great because it was both a way to preserve the trails and mountains, and a way to lessen my personal impact on the environment. The course was one of the best volunteers programs I’ve ever done! 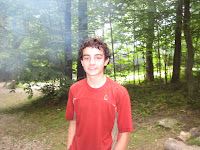 Mark:
I’ve found that it is quite cool
to have fun (and be worked like a mule)
On the side of a mountain
my weeks were astoundin’
Trail crew did certainly rule! 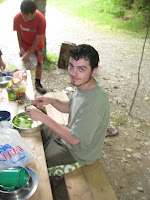 Tyler:
I was a bit uncertain what the work would entail but it is interesting to see how placing large stones in the middle of the trail is helpful. I’m very glad to have worked on a 2-week crew- the food is very good and balances the work well. I highly suggest trail crew to anyone who likes fun, work, food, and inside jokes. 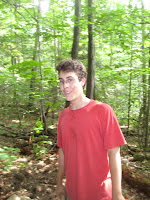 Noah:
Having no idea what to expect on an AMC Volunteer trip, I was surprised to have such an awesome time. The work was hard, which was not a bad thing. The food was delicious and mostly beans. The people you meet and the experience you have on a VTC will make you want to come back for more time and time again. Hope it doesn’t rain for a week straight next year! 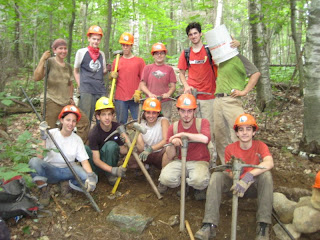