Every Season the Mohican Outdoor Center (MOC) Trail Crew dedicates thousands of hours working on the Delaware Water Gap National Recreation Area’s (DWGNRA) Trails. This season Philip Romano, MOC Volunteer Trail Crew Coordinator, challenged the crew to logging over more than 5,000 hours. And they did it! The MOC Trail Crew finished their season with 87 volunteers giving over 5,364 hours. This was a record season including volunteers of all ages - as young as six years old.

To celebrate all the MOC Trail Crew’s efforts, time, and hard work the November trail work weekend was topped off on Saturday night with a feast fit for a king or queen. Denise, head chef, and her many kitchen helpers whipped up a pre-Thanksgiving meal with hors d´ oeuvres and desserts galore. 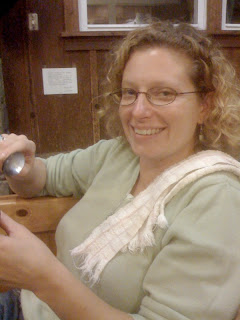 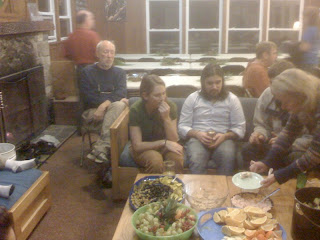 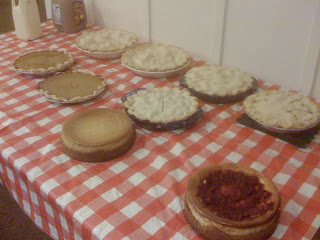 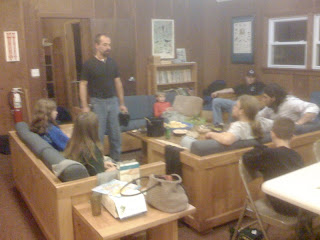 ition on behalf of AMC and the MOC Trail Crew was given to Philip Romano who has lead the crew over the past three seasons motivating and accomplishing record volunteer hours each season along with advocating for the crew in many ways (e.g. setting up special training events and coordinating with staff on getting funds for needed tools and supplies). Philip also received the DWGNRA’s Volunteer of the Year Award presented by Johnny Carawan from the National Park Service. This was Philip's last season as MOC Volunteer Trail Crew Coordinator. He will be pursuing other endeavors but he'll be back next season to volunteer. Greg Molyneux will be Philip's successor who is a long time steady AMC volunteer with two sons who do trail work at monthly MOC trail crew weekends. 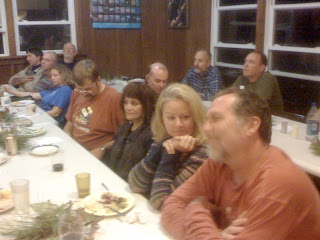 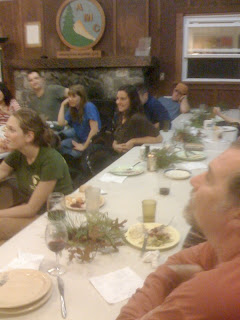 The MOC Trail Crew also found out some good news on receiving a grant from the New Jersey Recreational Trails Program to aid in next year’s projects. This season the crew’s great work endeavors were supported by funds given to them by the AMC, New York-North Jersey Chapter, which were used to purchase tools and supplies. A big thank you to the chapter!

So what was the MOC Trail Crew able to accomplish this season with all those hours! The biggest and on going project for the MOC Trail Crew in the 2008 season was working on the Van Campens Glen Trail. This 1.5 mile popular hiking trail starts off following the Van Campens Brook. The Brook has risen up over the trail from time to time and caused severe erosion. Several projects were completed on the trail to reconstruct it. The Crew moved the trailhead from the brook, removed log jams, installed over 500 feet of new cribbing, created several rock and wood staircases, raised the trail surface three feet in needed areas, and installed an eight foot hiking bridge. The Crew also rebuilt the Loch Lomand fishing pier, built a rock staircase on the Rattlesnake Swamp Trail, and rehabbed the Coventry Pond Trail by relocating bridges, redirecting the trail, and filling in eroded trail tread.