On self-reliance and the eyes of nature: Thoughts from a second year Backcountry Caretaker 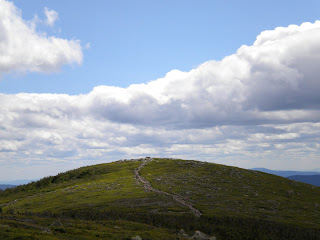 For the past four years I have called the Rocky Mountains of Colorado home, but this past May, I graduated from the University of Colorado and will move onto the next phase of my life. The thrill of ascending a 14,000 foot peak and then descending on skies will surely be missed. I will also miss easy access to the deserts of Utah, which have a special place in my heart. With Desert Solitaire in tow, over spring break I would load up my car and head to Canyonlands National Park to backpack. On one such excursion, I chose to enter an area of the park void of any water, forcing my group to carry three days worth until we found the mighty Colorado River. Leading a trip in this barren lifeless environment was an extremely humbling experience. There is an almost Zen like quality to the desert, which I feel Abbey captures nicely: “the strangeness and wonder of existence are emphasized here, in the desert, by the comparative sparsity of flora and fauna: life not crowded upon life as in other places but scattered abroad in spareness and simplicity, with a generous gift of space for each herb and bush and tree…”

What then of the land where I’m heading? I will return to the White Mountains of New Hampshire this summer as a second year Backcountry Caretaker. With lush forests within easy access of large cities, instead of the bustling metropolis of Moab, the Whites in many respects represent the opposite of the land Abbey described. However, philosophically are the White Mountains any less inspiring than the desert? If the sparsity and spareness of the desert emphasize the strangeness of life, then the diversity and lushness of the Whites represent the interconnectedness. Imagine the vertical biologic and geologic profiles of Mt. Washington, Lafayette, or Garfield. If one were to hike from the base to the summit, they would pass through the spruce and hardwood forests full of moose and bear, to the fragile alpine zone. These environments are quite different, yet the fate of one so drastically influences the fate of the other. To pass between these zones and to see how they interact with one another is a beautiful experience on par with anything the desert can deliver. Such diversity in such harmony is a lesson society could still greatly benefit from. Often I think about this issue on a larger scale: what is the importance of places like the White Mountains National Forest and why is the mission of the AMC, Forest Service, and National Parks so Important?

I believe the answer lies in the fact that through sustainable travel in protected public lands we find the trait of self-reliance. I do not mean self-reliance in the philosophical context used by the likes of Sarah Palin, where each American is engulfed in a personal struggle to free themselves from the supposed tyrannous shackles of government and those who cannot help themselves. Instead I use the term within the framework of great minds like Thoreau and Emerson. Whereby, from an Emersonian viewpoint, we are to ‘rely’ on a ‘self’ that we are always in the process of creating. Emerson believed one must display vigilant aversion to conforming not only to one’s past actions, but also to societal hierarchies. Nature reinforces these concepts, where, “At the gates of the forest, the surprised man of the world is forced to leave his city estimates of great and small, wise and foolish. The knapsack of custom falls of his back with the first step he makes into these precincts. Here is sanctity which shames our religions, and reality which discredits our heroes. Here we find nature to be the circumstance of which dwarfs every other circumstance, and judges like a god all men that come to her.” In nature there are universal laws that I believe show the interconnectedness of life-- we are all complete equals in the eyes nature. Self-reliance, especially in nature, can help us discover a path of reflection, where we constantly seek out how to be compassionate members of human society.

I look forward to hopefully writing numerous blog posts about my summer as a Backcountry Caretaker.

Credit Desert Solitaire for the Abbey quote, “Nature” for the Emerson quote, and the Stanford Encyclopedia of Philosophy for helping me decipher the concept of self-reliance.