Enjoying the Differences on the PCT 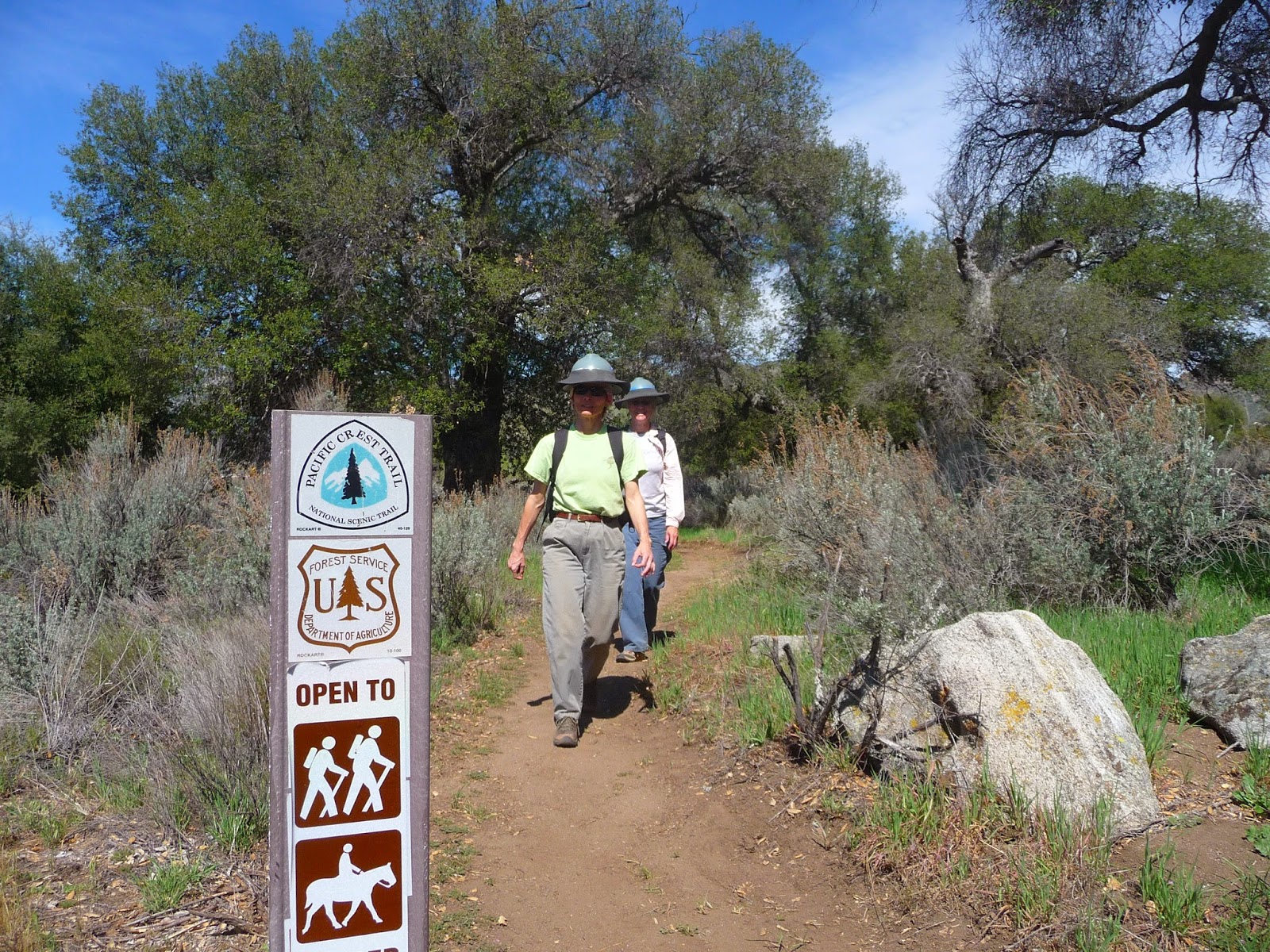 For the first time, an AMC Adult Volunteer Trail Crew worked in sunny southern California.  From March 15-22, 9 AMC volunteers and staff partnered with the Pacific Crest Trail Association to work on the PCT just north of the Mexican border.  Working in the desert chaparral ecosystem is quite a bit different than working in our rocky forested New England Mountains, and added to that, the PCT is a hiker/equestrian trail meaning there are different standards to meet in the trail work.

Each day, we were greeted with sunny and 70-80 degree weather – a much needed respite indeed from the never ending winter in New England.  Of course, it is also very dry down on the border, so there is no moisture in the soil; this made working on the tread like working on a beach and prevented us from using any power tools, even in non-wilderness areas, because of fear of a spark leading to a wild fire.  On top of that parched beach sand was crumbling rock, baked constantly by the sun and battered by the fierce winds, which breaks it down making it hard to construct trail structures.  Underneath those crumbling rocks though are a wide variety of unique species, including snakes, ground squirrels, lizards, and poisonous centipedes that sting and eat the bigger lizards!  Desert survival is not for the faint of heart.

In addition to all of those native species, the PCT is home to horses as well.  Equestrian trails are not common in the northeast, and the PCT’s sister trail, the Appalachian Trail, is for hikers only.  Maintaining a trail for equestrian use requires meeting different standards.  The tread has to be wider, the corridor bigger, and structures are kept at an absolute minimum.

It is okay though that structures are used sparingly because the PCT was designed where many of the older trails in the northeast developed through social use without any planning at all.  In New England, most trails are considered fall line trails, meaning they climb ridge lines straight up the side of the hill.  This allows for a shorter trail distance, but substantially increases erosion as the water rushes straight down the gullied trails.  This in turns requires an increased number of rock and timber structures to drain and retain the tread, further increasing our recreational impact on the land.  Conversely, we worked to deberm the tread on the PCT to allow water to flow gradually off the side, and we rebuilt a switchback as well.  These switchbacks allow PCT users to gradually climb a hillside and keep the need for soil retention and drainage structures to a minimum, which is good for the land as well.

Despite these differences though, it was still good trail work.  We enjoyed the warmth, the good hard work, and the delicious meals at the Red Tailed Roost Volunteer Center.  Most importantly, by the end of the week, we had improved nearly 1-¼ miles of the PCT through our efforts and we cannot wait to return in 2015!